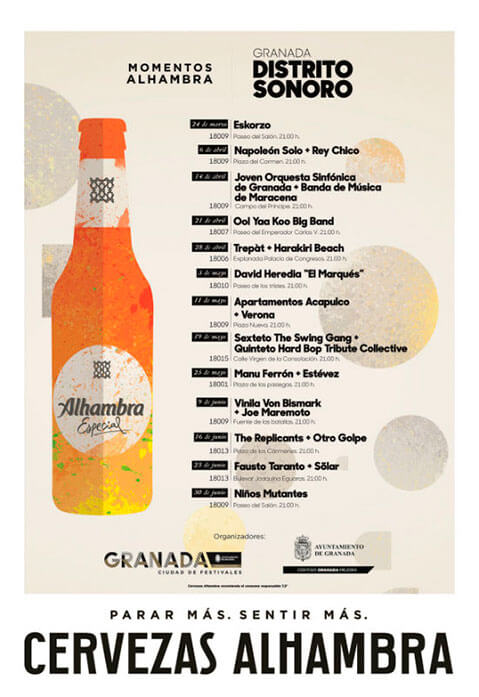 Granada Distrito Sonoro ‘joins the framework of Momentos Alhambra Música and starts big on Friday 6th April with the performance of the legendary band
Eskorzo from Granada on the Paseo del Salón from 9:00 p.m. to 11:00 p.m.
Its goal is to replenish the main squares of the capital with free concerts of all styles, from this month of March to June.
‘The closing concert will be the grand finale of’ Granada Sonorous District ‘, and will come from the hand of one of the consecrated groups of the indie from Granada, Niños Mutantes, which will put the finishing touch to these Alhambra Music Moments on Saturday, June 30 in the Paseo del Salón.