Feast of the Day of the Cross in Granada 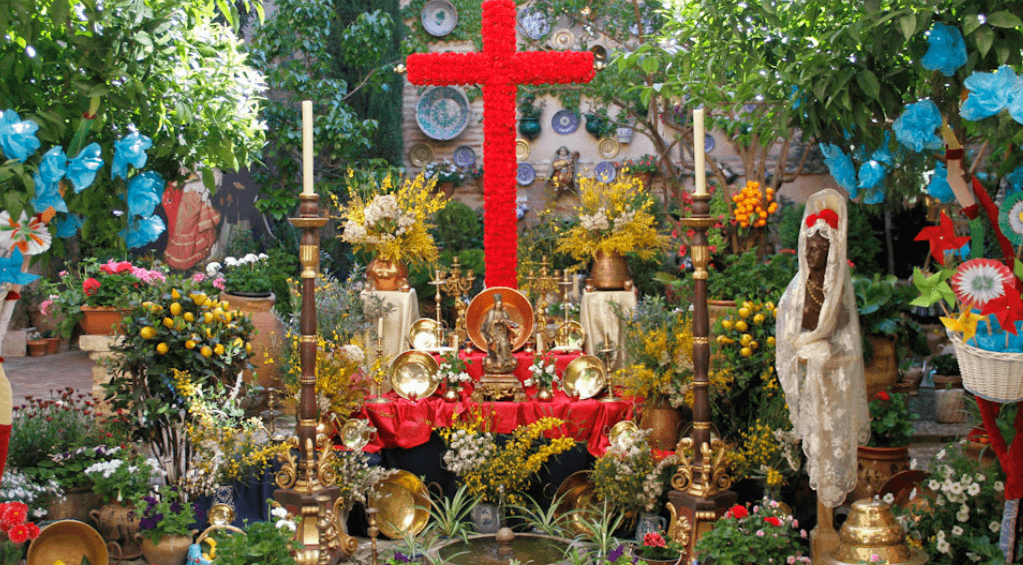 03 May Feast of the Day of the Cross in Granada

Feast of the Day of the Cross in Granada

Traditional Altars in Honor to the Cross 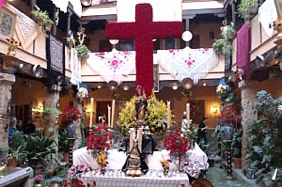 On May 3, 2019 takes place in Granada one of the most popular holidays in Andalusia: the day of the Cross. For this day the streets, squares, courtyards and even showcases of the city are adorned and filled with wonderful altars in honor of SantaCruz.

At present, many of these traditions are conserved, among them the one to place in some place of the altar a “but” (as it is called in Granada the apples) with scissors nailed, so that they do not put “peros” to the Cross . In this way, it is noted that there should be no criticism of the decoration of the Cross.

The pieces of copper are also widely used for the decoration of crosses. The origin of copper work in al-Andalus has its first major manifestations since the arrival of the Almoravids. The copper pieces were borrowed by the neighbors, the cross was asked so that they would not be empty the rest of the year, because the May cross is the pre-harvest festival.